If you’re like most people and drive a vehicle with an automatic transmission you don’t ever think about a clutch.  Which is fine because you have a “torque converter” instead.  But if you drive a stick-shift you probably recall some difficulties learning to use the clutch and manual transmission.  If that’s you, you just might want to know more about clutch maintenance along with some clues indicating that you may need a clutch repair.

What Does a Clutch Do?

Gasoline and diesel motors produce the most power over a relatively small range of engine rpm (rotations per minute).  So the transmission has several gear ratios to match that to the rpm your tires need to turn for the speed you want to go.  In order to shift gears a clutch disengages the motor for the short time it takes to get the speeds (rpm) to match exactly.  Connecting the engine’s flywheel to the transmission, its key mechanism is a high-friction pressure plate that’s normally pressed tightly against the flywheel to transmit the engine’s power.  When engaged the clutch’s pressure plate pulls slightly away, allowing the engine to run independently of the transmission and tire speeds.

In older vehicles and some economy models the clutch is activated by a cable, but most vehicles now days use a hydraulic system similar to brakes and power steering.

With numerous moving parts, clutches need periodic service and maintenance to avoid big problems and increase the lifespan of your vehicle.  Even if it’s not bundled in with auto transmission services, you want your maintenance to be performed by a mechanic certified in transmissions.

Clutch adjustment and inspection typically takes about an hour, and includes checking and topping off the hydraulic fluid level.  It should be performed according to the service schedule for your make and model.  As with other automotive fluids, clutch hydraulic fluid should also be replaced at longer scheduled service intervals.

Anything can break, and anything that moves experiences wear.  For clutches wear is most significant on the flywheel, pressure plate, and bearings.  Here are some common signs that it’s time for clutch repair service.

For some vehicles slipping or sticking may mean a clutch cable repair or adjustment.  Hydraulic issues may mean replacing seals and gaskets or perhaps replacing the master and/or slave cylinders.  Other common repairs include resurfacing or replacing the flywheel.

For the best reliability and lifetime, it’s often best to replace all components together.  A “clutch job” typically  includes includes replacing the pressure plate, disk, and bearings (release, pilot, and/or throw-out bearings).  In some cases it may be more economical to replace the entire assembly even though that’s essentially a full-day job.

Contact us or stop by anytime for professional help. 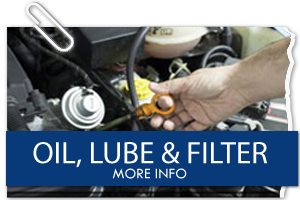