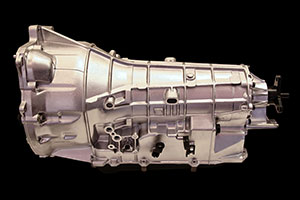 Beware of transmission symptoms indicating a problem can prevent larger problems down the road. With regular maintenance according to the manufacturer’s schedule, there’s rarely a need for transmission repairs in San Diego.  But problems do happen, especially as the miles pile on.  When your transmission makes a grinding sound there’s no doubt that it’s time for repairs.  Recognising less obvious signs that something’s gone wrong early on can mean the difference between a quick-fix and a huge repair bill.  So let’s go over the symptoms of the most common transmission problems.  We won’t go into causes and diagnoses, but rather when it’s time for a trip to the mechanic outside of the standard maintenance schedule of inspections, transmission fluid changes, and adjustments.

Your car or truck shouldn’t act or sound any differently as it gets older, so any changes that you notice should be looked in to.  It’s easy to dismiss minor transmission issues, but many lead to further damage so acting sooner rather than later can save you a bundle.  Here are some of the most common warning signs for automatic transmissions.

If you notice any of these it’s time to visit an auto shop.

If your vehicle becomes difficult or impossible to drive — such as when it refuses to go into drive — it’s clearly time for a transmission repair.  Here are some transmission issues indicating problems that should be repaired as soon as possible before a tow or major overhaul are necessary.

In brief, when everything’s working properly, changing gears should be almost unnoticeable — just a small and brief change in engine speed.  Anything else deserves your attention.